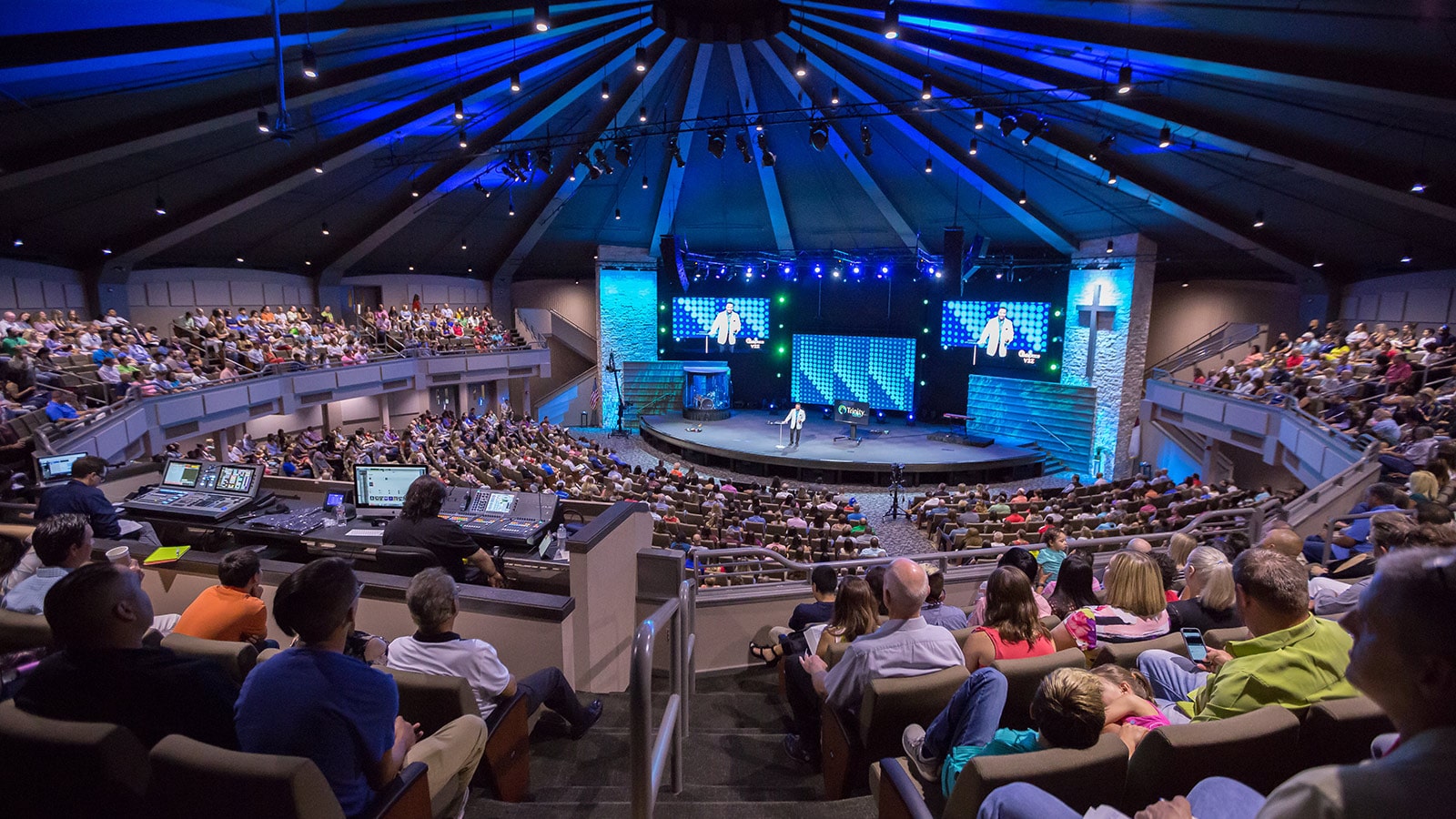 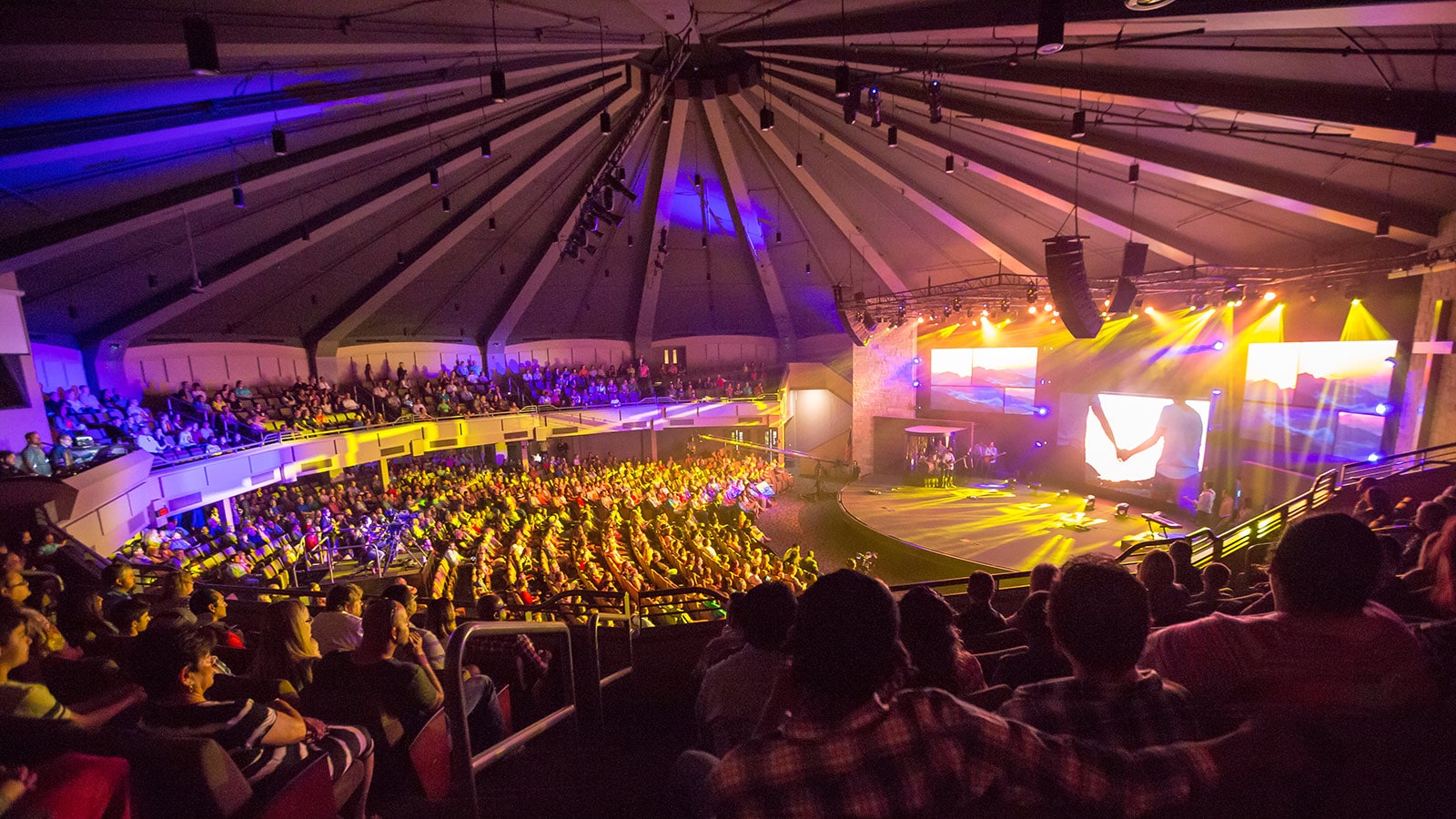 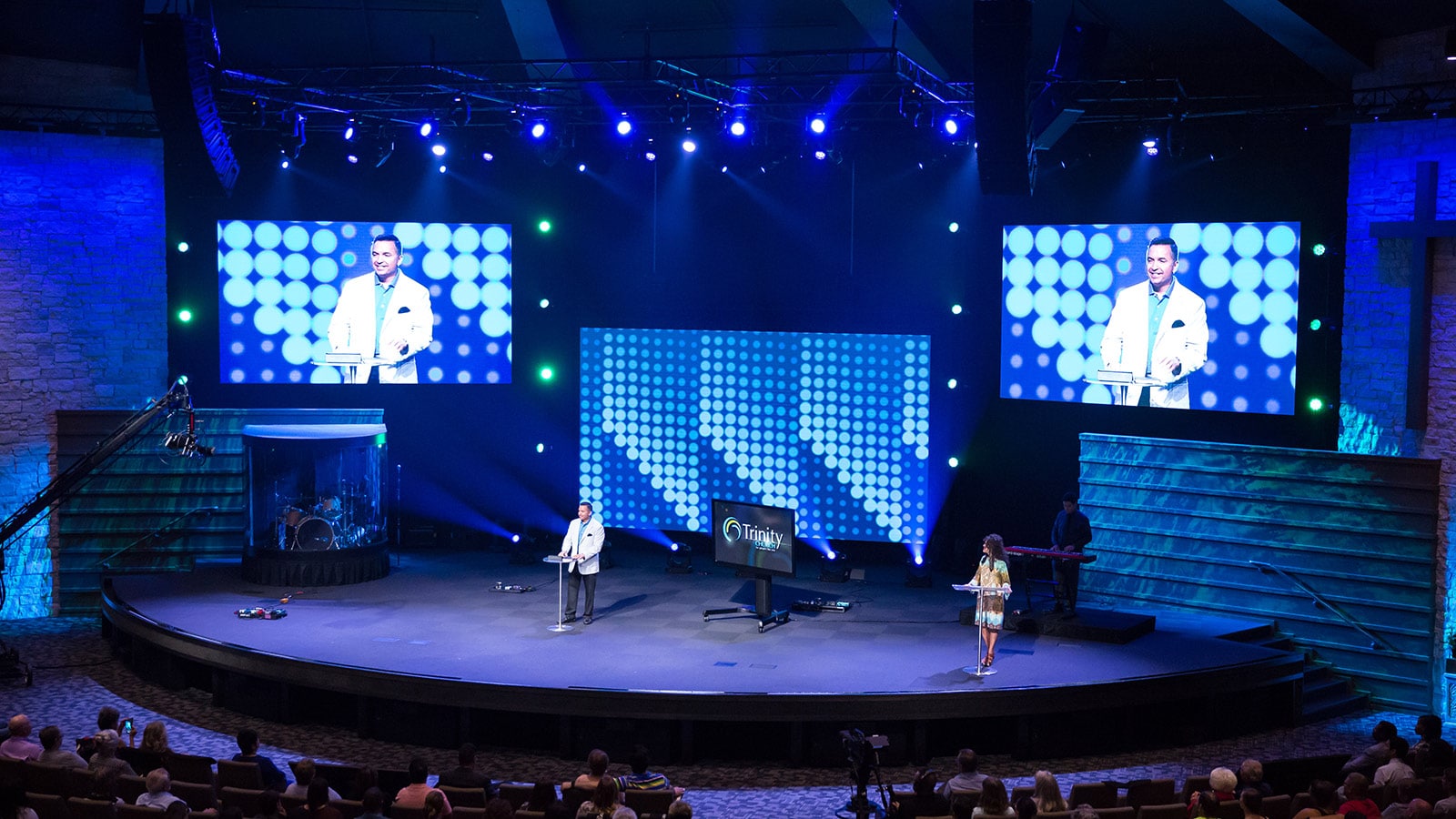 When health and safety regulations compelled Trinity Church in Lubbock, Texas to remove old asbestos insulation and install new sprinkler systems, the church leadership decided to seize the opportunity and transform the costly directive into a blessing for the future. The congregation rallied to fund a total renovation of the 2000-seat worship auditorium that included a new Meyer Sound system based around   LEOPARD   linear line array loudspeakers. The world-class audio package was complemented by new video and stage lighting systems, all designed and supplied by Summit Integrated Systems of Lafayette, Colorado.

According to Pastor of Technical Arts Michael Koontz, replacement of the aging center-cluster PA has brought focus and clarity to the worship services despite the room’s problematic acoustics. “We have a dome-shaped ceiling which can really cause problems with reflections,” he explains, “and certainly that was the case with the old system. In many seats there was no sense of directionality, of a defined sound source. Sound was spreading out and bouncing off every surface. Now, with the LEOPARD arrays, we have a good sense of imaging localized to the front. Also, the arrays are hitting about six rows under the balcony, which means we needed fewer under-balcony fills.”

Removing asbestos “popcorn” from the ceiling actually exacerbated acoustical problems by increasing reverberation, but the precise directional control of the LEOPARD arrays circumvented any serious issues. “We had been advised to spend from fifty to a hundred thousand on acoustical treatment to control the room,” notes Koontz, “but with the new system’s precise and controlled coverage we didn’t really need it. That was a pleasant surprise.”

A Meyer Sound solution was preferred from the outset, based on both the church’s positive experience with systems installed earlier in smaller rooms, and by Koontz’s own prior experience. “Before coming here, I was technical director at Church on the Rock here in Lubbock where we had installed a Meyer MINA system for the 750-seat space,” Koontz says. “We were extremely impressed with the headroom, transparency and speech intelligibility. So for this system, it was mostly a matter of scaling up to LEOPARD to fit the larger room.”

Joe Jones, the project manager for Summit Integrated Systems, was pleased by both the performance and ease of installation. “It has tons of output,” he notes, “which allows the church to push the system without getting into limiting so the transparency is still there. We had no problems with weight, and commissioning went smoothly as we dialed everything in on the Galaxy processors.”

For Michael Koontz, the audio renovation has given the church’s worship sound a warmer feel and more impact. “The difference in the lows is the most noticeable, as we can really control them better now. We have much greater punch and tightness, and that carries through all the way to the back of the balcony. People are telling me, ‘I can feel the music now.’ Before we could get loud, but it wasn’t balanced. It was too much mids and highs. Now we have it full and even, right down to the deep bass.”

The new LEOPARD rig joins two smaller Meyer Sound installations already in place. The chapel system deploys left and right clusters of one-each UPQ-1P, UPA-2P and UPJuniorloudspeakers with bass from two 500-HP subwoofers. The elongated children’s room is covered by three sets of one UPQ-1P over one UPJunior with lows augmented by dual 600-HP subwoofers.